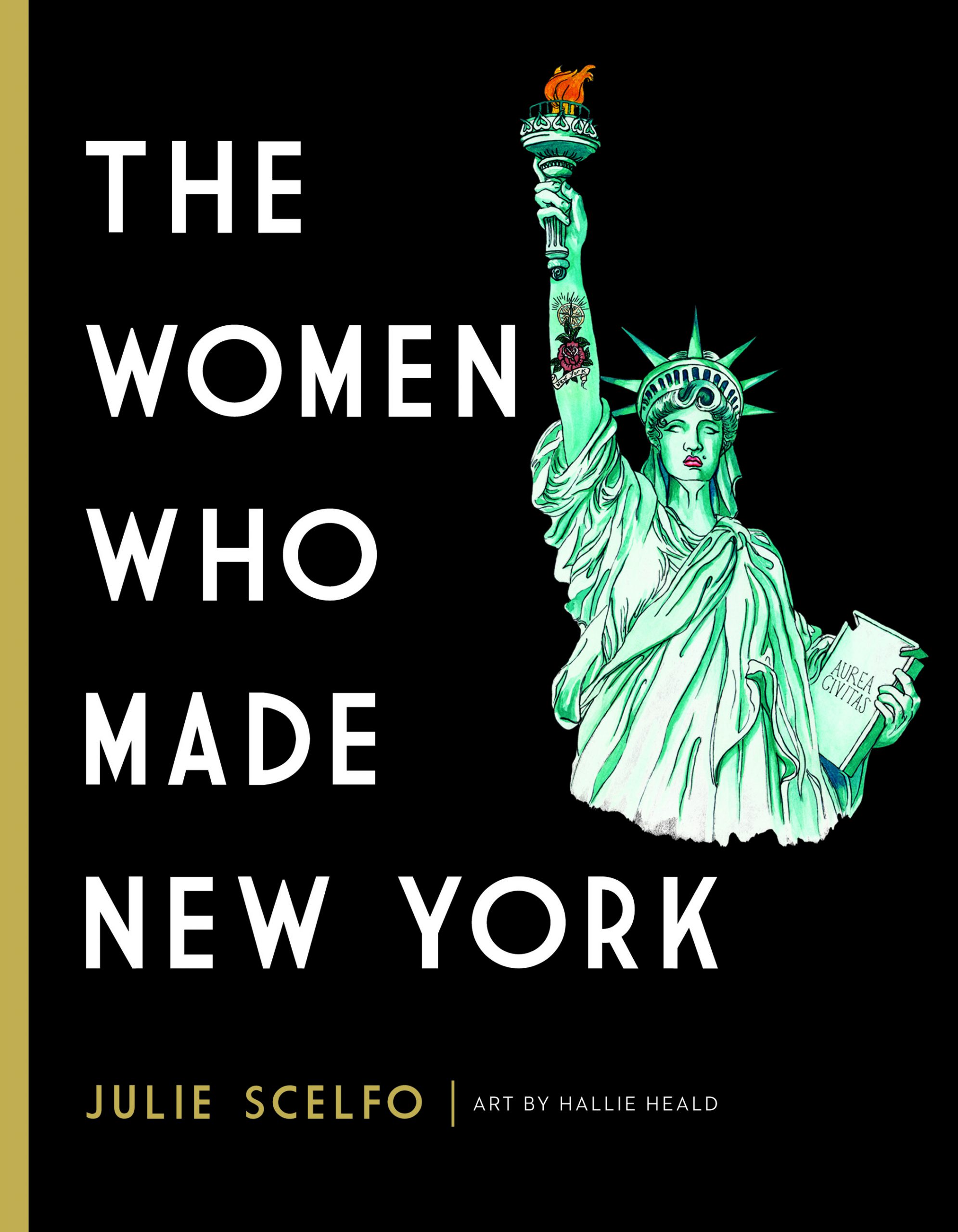 The Women Who Made New York reveals the untold stories of the phenomenal women who made New York City the cultural epicenter of the world. Many were revolutionaries and activists, like Zora Neale Hurston and Audre Lorde. Others were icons and iconoclasts, like Fran Lebowitz and Grace Jones. There were also women who led quieter private lives but were just as influential, such as Emily Warren Roebling, who completed the construction of the Brooklyn Bridge when her engineer husband became too ill to work. Paired with striking, contemporary illustrations by artist Hallie Heald, The Women Who Made New York offers a visual sensation—one that reinvigorates not just New York City’s history but its very identity.

What People are Saying

A welcome antidote to male-centered history, The Women Who Made New York should be taught in every New York high school. I long for the day when books like this become unnecessary.

Finally—in Julie Scelfo’s brilliant collection of portraits and vignettes, the Town Mothers of NYC loom as large as the Town Fathers, often towering over them. . . This is a book that you’ll want to keep on your shelf and pass along to the next generation.

What an inventive and important book! And long overdue. Ms. Scelfo has produced a history of New York City which we’ve never read, filled with insightful portraits of the women who influenced all facets of our city. Page after page is filled with a thrilling sense of discovery, as you realize the extent of contributors who have remained unheralded. This book is the definition of a must-read!

Julie Scelfo has produced a must-read for anyone who loves New York, filling every page with fresh stories and great details about the fascinating and important women we all should know, but don’t. Now I’m no longer embarrassed by my ignorance of the REAL history of the city. This book filled that huge gap.

After centuries of women’s work being written out of history, The Women Who Made New York gracefully and passionately rewrites that wrong. For anyone who loves this city or any city at all, this book is both a public service and a pleasure.

Julie Scelfo’s astonishing collection of fabulously fearless females reminds us that New York City has always been a magnet for taboo-busting, rule-breaking women.

—Simon Doonan, author of The Asylum: True Tales of Madness from a Life in Fashion, and creative ambassador for Barneys New York

Finally finally finally: the mighty women whose formidable ghosts still walk the streets of New York get their due. A rollicking and necessary book.

What would NYC be without women? In this glittering volume, Julie Scelfo provides the indisputable answer: not much. These women are my muses.